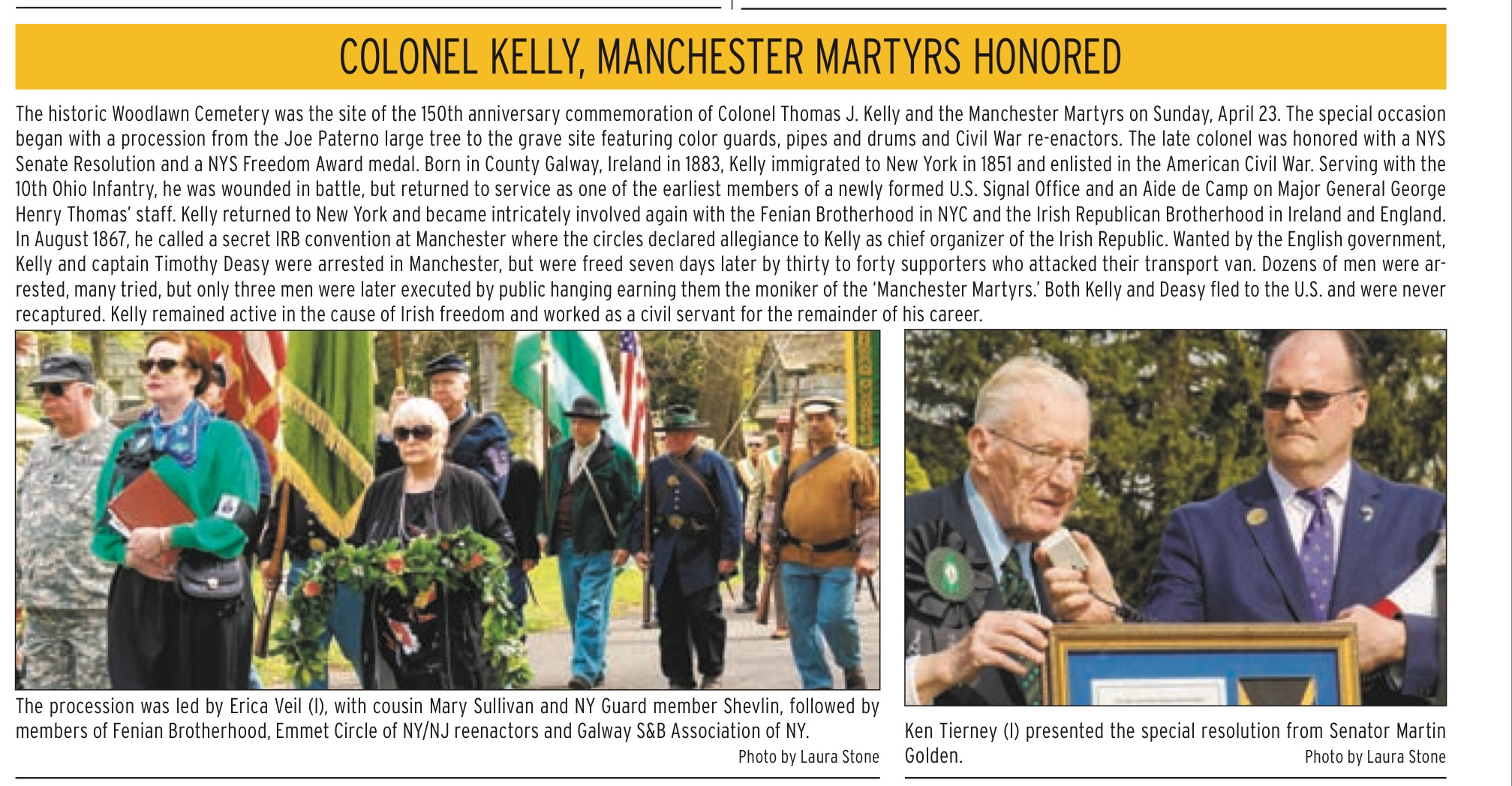 The historic Woodlawn Cemetery was the site of the 150th anniversary commemoration of Colonel Thomas J. Kelly and the Manchester Martyrs on Sunday, April 23. The special occasion began with a procession from the Joe Paterno large tree to the grave site featuring color guards, pipes and drums and Civil War re-enactors. The late colonel was honored with a NYS Senate Resolution and a NYS Freedom Award medal. Born in County Galway, Ireland in 1833, Kelly immigrated to New York in 1851 and enlisted in the American Civil War. Serving with the 10th Ohio Infantry, he was wounded in battle, but returned to service as one of the earliest members of a newly formed U.S. Signal Office and an Aide de Camp on Major General George Henry Thomas’ staff. Kelly returned to New York and became intricately involved again with the Fenian Brotherhood in NYC and the Irish Republican Brotherhood in Ireland and England. In August 1867, he called a secret IRB convention at Manchester where the circles declared allegiance to Kelly as chief organizer of the Irish Republic. Wanted by the English government, Kelly and Captain Timothy Deasy were arrested in Manchester, but were freed seven days later by thirty to forty supporters who attacked their transport van. Dozens of men were arrested, many tried, but only three men were later executed by public hanging earning them the moniker of the ‘Manchester Martyrs.’ Both Kelly and Deasy fled to the U.S. and were never recaptured. Kelly remained active in the cause of Irish freedom and worked as a civil servant for the remainder of his career.